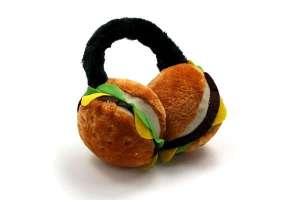 What has more than twice the population of Russia and an annual spend roughly the same of commercial giants Wal-Mart’s revenue?

Not your average quiz question but the answer is far from standard. It is global diabetes – currently at 371 million people and a annual bill of $465 billion. And those distressing figures are relentlessly on the up and by 2030, there will be another 552 million on the list.

This is a landscape of opportunity for pharma but no amount of science and innovation seems able to stem the tide. Janssen have high hopes for their once-a-day pill Invokana which, as Jo Willey, Health Editor of the Daily Express, reports (http://tinyurl.com/q2jp5d2) will soon be available on the NHS.

But as fast pharma twirls its test tubes to come up with therapies, waist bands keep expanding. The trouble is that a huge portion of the public has now come to look on medicine as a way out of any ill. Get fat/drunk/pregnant/tired/old – there’s a pill. Successive health campaigns seem to land on people wearing burger buns for ear-muffs so we have to try as hard, if not harder, to cook up the psychological alchemy to help people eat sensibly and move a bit more.

Great then that Jane Griffiths, Janssen’s EMEA Group Company Chair, hit a balanced note at the excellent eyeforpharma conference in Barcelona. (www.eyeforpharma.com/barcelona) After a powerful and refreshing opening address about the need for trust and innovation in pharma, she told me that personal responsibility was an vital part of the health equation.

“We have to educate people on how to look after themselves a bit better – easier said than done – encouraging people to eat better and take more exercise,” she said. “Our job is to bring health to as many people as possible. Personally I need to lose a bit of weight and I know how difficult that is so I’m no different from anyone else in society.

“We need to look after ourselves and the answer cannot just be medicines, it has to be the whole thing.  I spoke about the concept of  Around The Pill this morning and that is take your medication but try to lose weight, try to get fitter. Medicines can’t be the answer to everything.”

She added that she had high hopes that Janssen’s new innovation centres and the deals it was signing with exciting biotech companies would bring in new science in the fight for better global health.